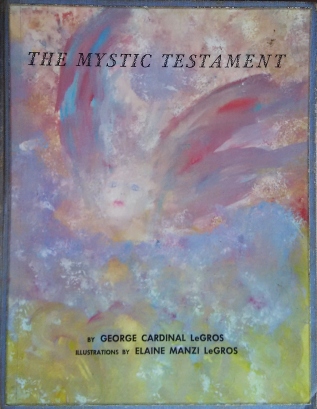 Someone asked: “What would cause mystical experience?”

In the broadest sense, wider experience in all forms comes through evolution, both in the external and spiritual sense. So it is the growth of the soul—through many life times—that results in mystical or spiritual experience. So, to some degree, people tend to be born with an inclination toward such experiences. As a result some people have spontaneous mystical experiences that appear to have little relationship with the life they are living. If one happens to be, as a result of many lives of growth and experience, at a point of readiness for revelation then a seemingly trivial life experience—something seen or even a thought, can trigger mystical experience.

But more specifically, however, there is a path—or a number of them according to needs and temperament—that accelerates evolution in a way that tends to evoke whatever immediate potential exists for spiritual experience.

Many would say that it is meditation that leads to mystical experience, and while this can be true for many, the path is much broader than that. In addition to what we come in with at birth, it is our way of life—how we think and feel and act—that determines whether our potentials for deep experiences are activated or remain latent.

First, this is a life of love and service, a life that expands our focus beyond our personal needs into the wider world of humanity and nature. The second factor is how the mind is used—the mind must be developed and educated along some line, otherwise, our ability to be helpful or creative will be limited. Third, right meditative thinking, and more universal thinking is key. The life of service, of love, of creativity, and right thinking is supported by study. Right thinking means educating and equipping the mind so that it is an instrument of service and creativity. Right thinking means optimism and focusing the mind on questions related to wisdom, questions related to the needs of humanity, and of the part we can play in making the world a little better for all who live in it.

We should understand this word “service” very broadly. The mother serves by being a good mother. The scientists serves by discoveries. The artist services by inspired creations. The statesman services by good governance that takes into account the highest good for the greatest number. We serve by thought, by communication, by words of kindness, by words of warning, by words of poetry. And most importantly, we serve by making our emotional nature clear and translucent so that it is no longer dominated, as is the usual case, by fear and selfishness.

In the way of life that is service, the key thing is motivation. There is only one true motive and that is love, broadly understood. So, we do not let our interest in personal things dominate. For instance, the desire for mystical experience should not be uppermost in our minds or condition unduly our emotions. The evocation of mystical experience is the byproduct of right living. It will come to us when it is time, according to natural and spiritual law. Such experiences are useful not only to ourselves personally, but to others, to world. It is same with meditation. Meditation should not be something pursued for its own sake. Your awakenings, your talents, are gifts for giving. 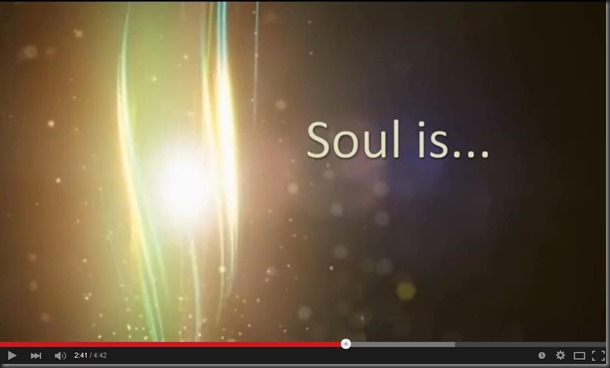 A compilation about the essence of spirituality, what it is, what it means, and nature of direct realization or enlightenment. A video montage of personal narratives of spiritual experience. 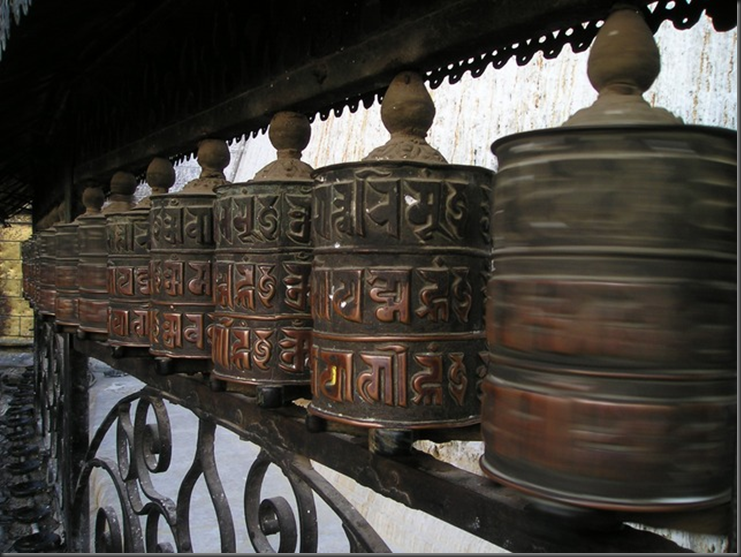 Metaphysical thinkers often become preoccupied, not with true spiritual life, but with a kind of pseudo-spirituality bound up with external things, with things intellectual, emotional, and physical. People become preoccupied with the pseudo-spirituality quite easily and that to the great detriment of both normal healthy material life and true spiritual life. These masquerades of spirit are defined by the lack of true motive.

Transition from a personal vision to a transpersonal vision is largely dependent on meditative apprehension of the heart and its fusion with wisdom. When the fire of the heart becomes the goal and the vision, the focus becomes transcendental. Spiritual motivation has few true exponents because people try to approach a higher path in the same way as worldly one. 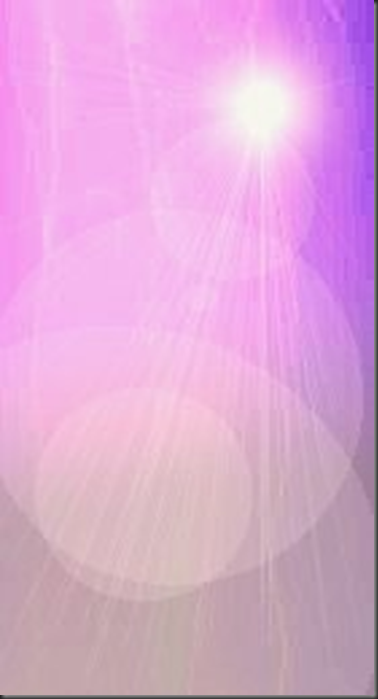 Everything transcendental is above the limits of external language. In direct realization we no longer need translation by linking words to meanings via external personal experiences. Yet fidelity of “reception” and “transmission” are still issues. We may catch a meaning directly, but there will still be limitations surrounding its embodiment on the personality level, that is in the form it takes in the mind, emotion, or physical world. Yet, in the depths of consciousness we can still sense the truth directly. And if the realization is revisited directly, it becomes apparent that the body we give it is inadequate. Words and images never fully embody the realities of spiritual life. Externally or physically, the things we know are those that reach the brain. And for most of us, there is a mechanism that keeps us largely focused on things physical, on experiences coming through the five senses. But the threads of our lives run deep into psychic and spiritual worlds, and there is a part of us with other senses, a higher or deeper part of which we, ensconced as we are in the physical brain, remain largely unconscious.

We live our life, so speak, in parallel worlds and in addition to our ordinary waking consciousness, have also a vast and mostly hidden life. It is a life of which we, in our physical brain consciousness, remain mostly ignorant. For most of us that is the design of nature and the way, for the time being, that it should be.

It is as if a one-way mirror stands between our ordinary consciousness and the heights and depths of our life in the psychic and spiritual worlds. Our brain lives on the reflective side of the mirror, and our higher self lives on the transparent side. Usually we are unconscious—at the brain level–of our larger identity and it’s life on the inner planes, and we do not realize to what extent we live this higher life, and do we realize that our “I” is but a small part of a larger deeper consciousness. At all times, the deeper part is an active participants in our life, but while the material world engages most of our attention, our brain registers little of this deeper nature. Most of what we are in our higher nature is hidden behind the one-way mirror so that when we look inward we see only the usual physical and emotional awareness. But there is another part of us that lives on the far side of the mirror, and in that space sees not only down toward physical personality, but outward to the psychic worlds and up to the world of spiritual.

Each of us is structured differently according to our needs and karmic conditions, so not all mirrors are the same. And the matter-energy barrier, of which our “mirror” is symbolic, is not a static veil but a dynamic one, being part of the living etheric-biological structure of our bodies. And sometimes, our mirror, or part of it, becomes more like translucent glass or a transparent window. Then for a time the mirror may no longer act as a barrier between worlds, so that we register part of our inner life in the brain. Then, to some degree, we experience “continuity of consciousness” where our brain registers not only the usual physical existence, but also aspects of spiritual or psychic life.

Brief or tenuous connection between worlds can be disorienting and radical thinning of the veil can be especially difficult, for most of us have trouble enough with the problems of a single level. There are many cautionary stories about magicians who evoke energies they are not yet ready to handle, a theme applicable to meditation practices. There are natural and forced developments that thin the veil between worlds, of which meditation is often cited. There are dangers associated with the premature development of anything, and this is especially true of psychic and spiritual experiences. If a strong energy is poured suddenly, prematurely, and persistently into an unready personality, then we may have a rending of the veil between worlds, with chaotic or pathological effects.

Awakening energies often proves confusing, and in seeking to understand them, a meditator may adopt one of the many schools of metaphysics or seek some teacher or guru to guide them. Unfortunately, the current wave of humanity hasn’t produced many spiritual midwifes who have the knowledge to lead people through such an energy crisis. Nor has it produced large numbers of sane, balanced and healthy souls who are ready for the difficulties of sudden awakenings. Instead, we have many half-right teachers in the world, and sad to say, some will make matters worse rather than better. In some cases crisis is actually precipitated in the first place by dangerous meditation practices taught by a pseudo-guru or drawn from a metaphysical book.

Gopi Krishna, in his book “Kundalini, The Evolutionary Energy in Man.” aptly describes the state of the world in this respect. He writes:

“I consulted other holy men and sought for guidance from many reputed quarters without coming across a single individual who could boldly assert that he actually possessed intimate personal knowledge of the condition and could con­fidently answer my questions. Those who talked with dignified reserve, looking very wise and deep, ultimately turned out to be as wanting in accurate information about the mysterious power rampant in me as those of a more unassuming nature who un­bosomed themselves completely on the very first occasion without in the least pretending to know any more than they really did. And thus in the great country which had given birth to the lofty science of Kundalini thousands of years ago and whose very soil is permeated with its fragrance and whose rich religious lore is full of references to it from cover to cover, I found no one able to help me.”